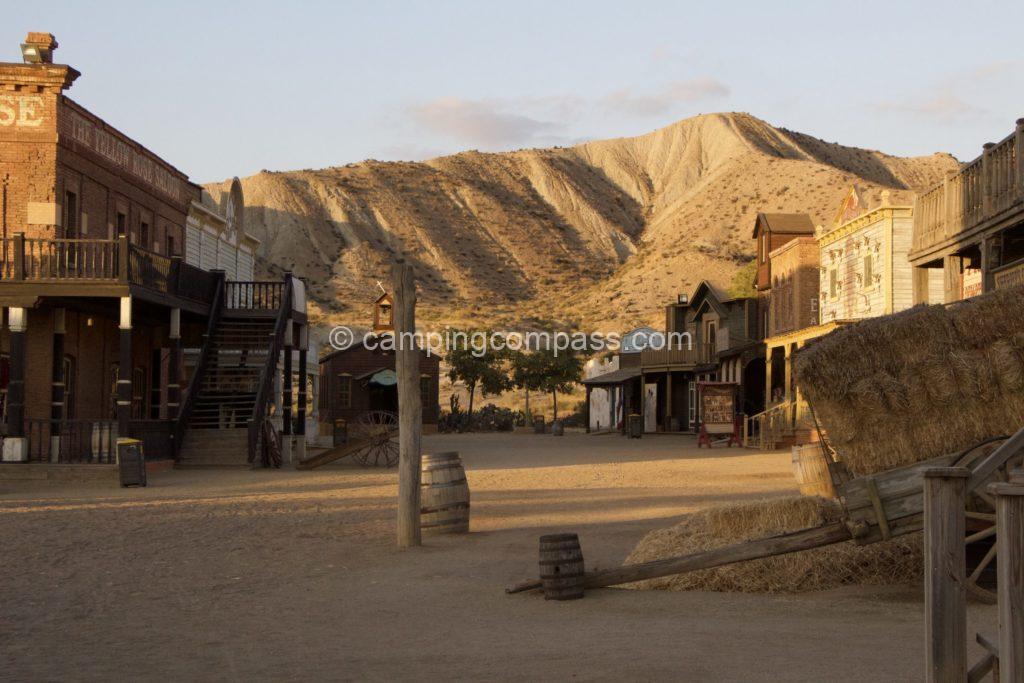 Almería is located in the south of Spain in the region of Andalusia. Chances are you’ve never heard of this city. Nevertheless, you know from this place their products and the movies that have been filmed here. In fact, Almería is the city where the tomatoes you buy in January come from. You will also be familiar with the spaghetti westerns that have been filmed in this area.

Almería town centre and our feelings

Almería supplies the whole of Europe with tomatoes, so it’s quite a rich city. I have absolutely no photos of the city, or I just couldn’t find them. I remember that we definitely took pictures of the city. We parked in the paid parking lot at the port, you can see the point on the map below

You can feel a lot of the harbor’s influence with Africa in the center. All the little bars, bistros and shops were owned by immigrants from Morocco and Algeria. The streets smelled of spices and strange foods.

Why don’t we eat tomatoes in winter anymore

From Almería eastwards, there are tens of kilometres of foil fields that are used to grow tomatoes and peppers all year round. If you buy Spanish tomatoes in a big chain store, that’s most likely where they come from. They have absolutely no flavour and, in my opinion, there is no point in buying them either. The local climate is also changing considerably as a result of this huge area of foil. Everywhere is an unbelievable mess. You can read about it on wikipedia, for example.

I’m sure you’ve seen at least one Italian film with Bud Spencer or an American one with Clint Eastwood. A large part of these films and shots were filmed in the Almería area. There are 3 filming locations in the area that are still in operation today, for example for filming commercials.

You can easily stay overnight in a caravan at the Texas Hollywood studio. I definitely recommend it. It’s a great experience. When all the people leave the western town, you can just wander around. The town is built in such a way that it’s a movie-like view in every direction.

A caravan in the desert

Western towns are located in the Tabernas Desert. Sleeping in a caravan in the desert is pretty fun. About 2 times I forgot why it was so quiet. It was properly cold at night, we had to turn on the heating. During the day, however, the temperature was over 30 degrees.