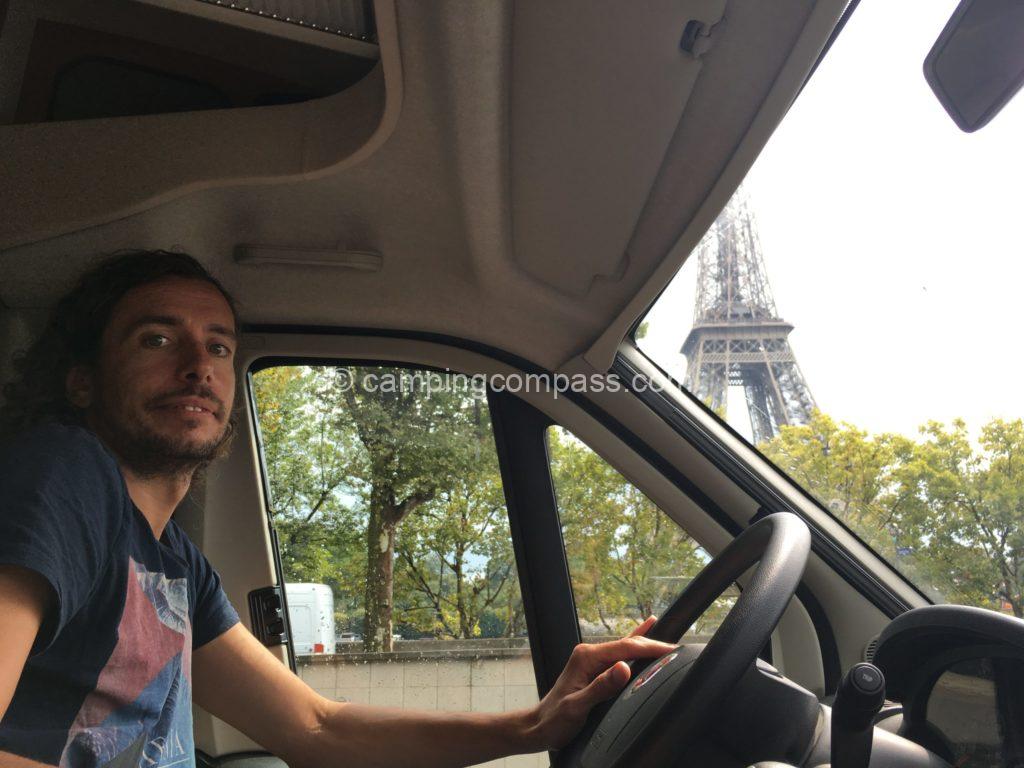 Most people go to Paris because of Ajfel and Louvre. We have not been to the Ajfel or the Louvre. We saw the Ajfel almost every day, and we’ve also been to the park by the Louvre about five times. The purpose of our visit to Paris was longboarding along the Seine and through the narrow streets of Paris, looking for little interesting bistros and cafes.

Where to park the caravan in Paris

Parking your caravan on the streets of Paris is not a problem. You’ll find several car parks near the city centre on Park4night where you can fit a larger caravan. We avoid such parking for safety reasons in big cities. In big cities, you are more likely to have your caravan burgled on the street. Everyone knows you have bikes, surfboards or a laptop in there. That’s why we camped in Paris at Camping de Paris.

Bistros and cafés in Paris

France is where bistros originated. What exactly is a bistro? It’s a kind of modern restaurant that was created as a protest against established conventions and Michelin ratings. At least that’s how we read it somewhere. In any case, such informal places suit us just fine. Price-wise, it’s lower than the classic restaurants, but taste-wise, it’s the bomb.

Almost every street corner has a café or small bistro. Locals from adjacent streets meet there.

Apart from the bistros, you can buy all kinds of little things you can eat just in the park at the bakery or I’ll call it “delicatessen” at every corner. Everything in France, and especially in Paris, is quite expensive, but these little things, which you would probably never taste otherwise, are quite affordable.

I probably haven’t seen as many people longboarding anywhere as I have in Paris. There’s a great community there and especially a high level of riding. If you don’t ride longboards yet, you’ll definitely want to start after visiting Paris. I recommend going to at least the Docksession longboard spot by the Seine.

All the highlights on the map