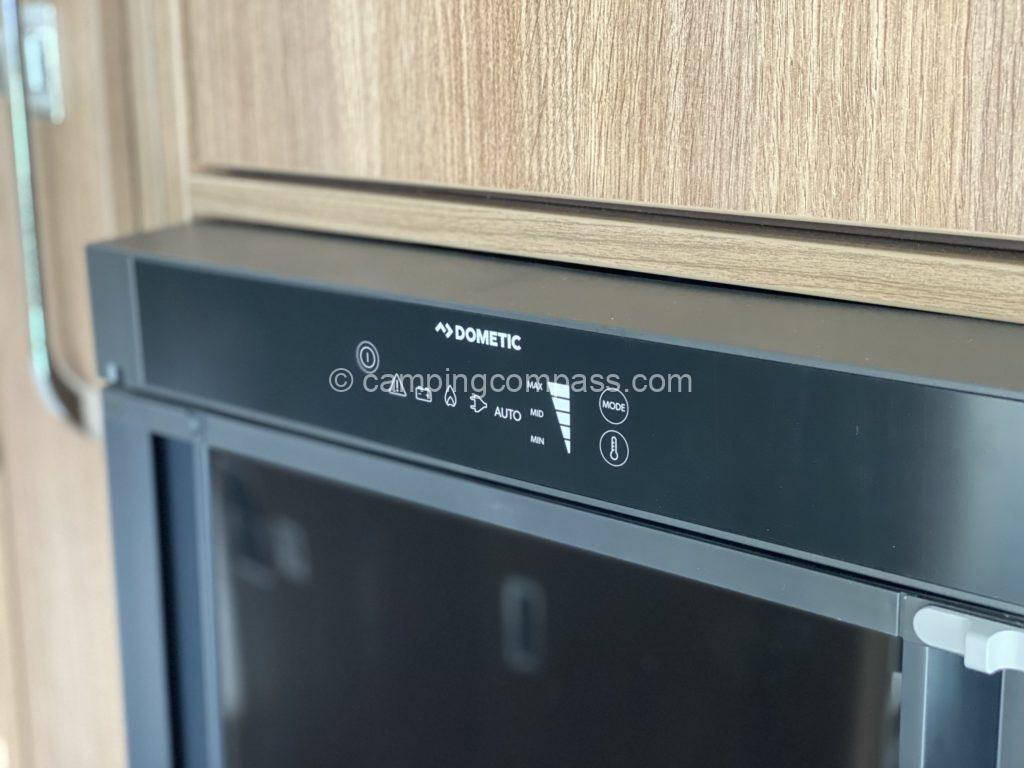 There are 2 types of fridges that are most often installed in caravans: a gas fridge, which also runs on 12V or 230V, and an electric fridge, which only runs on 12V. Each type of fridge has the possibility of adjusting the cooling intensity. There are countless models of refrigerators with controls either directly on the refrigerator or on the control panel of the caravan.

Switching on the refrigerator

These instructions only apply to a gas refrigerator that operates on 12V or 230V. Such fridges are most commonly used in all caravans today.